As I write this, it’s currently National Coding Week: a week-long initiative to encourage people to learn the basics of coding and tackle the digital skills gap.

Daniel Reilly, Applied’s newest recruit, recently joined our web development & eCommerce team as an apprentice developer. So we sat down for a quick chat about how he got into coding, and his hopes for his new career in web development.

How did you first get into coding?

In 2016 I bought myself a modified PS3, which allowed for it to be customised. I wanted to be able to create my own menus so quickly realised I needed to learn how to code.

After watching several YouTube tutorials, and a whole lot of trial and error, I came to the conclusion that what I wanted to do was way beyond my capabilities. That was when I decided I seriously wanted to learn more about coding.

I’d picked up some of the basics, so I decided to test some simple ideas such as developing a program to calculate an average.

How did you decide to start a web development apprenticeship?

Over the last three years, I’ve gradually developed my skills and started to experiment with a variety of different programming languages, learning how to use each to build the tools I wanted to make.

The logical nature of coding makes sense to me, and I thought, “This is something I could really be good at.”

To develop my skills further and learn the most effective ways to code, I wanted to learn in an environment that would challenge me - but also offer support in the form of more experienced developers who can give me advice and help me improve.

I was delighted when an opportunity for an apprenticeship at Applied came up. I had some knowledge, but there’s a lot more that I want to know and I’m keen to learn from the other guys here.

An apprenticeship allows me to build on my skills and gain a Level 3 qualification, while gaining valuable experience working on real, live projects.

How are you finding working in a digital agency?

I’m enjoying it a lot. I’m working with a great, supportive group of people which is really important when you’re new.

I’m learning new things everyday and nobody seems to mind how often I ask questions!

And while the process of getting something to work can be frustrating, it’s so rewarding once I get it right.

What are you most looking forward to learning or working on?

Shopify’s Liquid templating system (which is used to load dynamic content to the pages of Shopify stores) is quite different to anything I’ve ever done before - so I’m keen to learn more about that. And working on a project from conception to completion for the first time is something I’m looking forward to.

But mostly, I want to use my apprenticeship to learn as much as I possibly can and become a more confident developer. And eventually I might start to have as many answers as I do questions!

Fancy learning more about the Applied team and the technical skills we have in-house? Let’s talk. 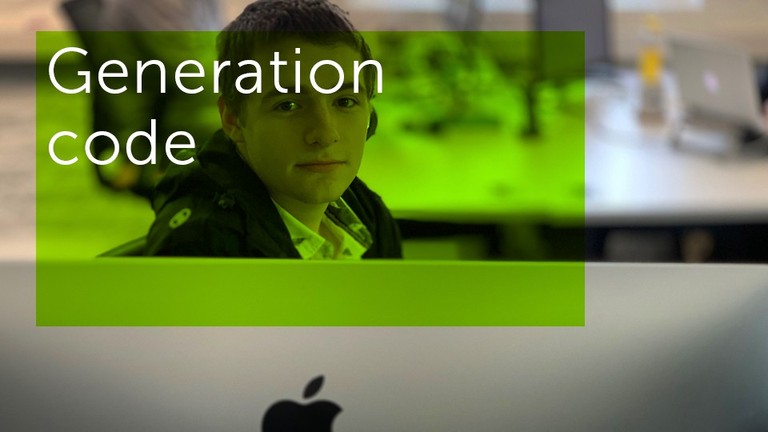 GA4 will replace Google Analytics in 2023

Google UA is dead. Long live GA4! If you own a website and use Google Analytics to measure performance, then this news is huge! New data collection will cease in July 2023 and historical data will disappear after Jan 2024.

Why good business is the best business

When it comes to putting in a good day’s work, there’s a certain satisfaction that comes from knowing that, whether it’s been an easy day or a challenging one, the place you work at takes a responsible approach to business practice.