We're over halfway through our meet the team series, and for part four we sat down with Jenny, our account director... (click here to catch up on the full series).

Counting the 199 steps that lead up the cliff side in Whitby to reach the famous Whitby Abbey, then searching for Dracula’s grave in the graveyard of the Church of St Mary. I have been visiting Whitby since I was a child - it was our annual holiday - and I try to go back at least once a year. It’s my favourite place in the world!

What shape do you like your balls? (It's a sports question!)

You may be surprised to know that I actually like both round and oval-shaped ones! Match of the Day and the Rugby 6 Nations are both regular fixtures in our house!

Probably my high school English teacher Mr Hope who looked like Ben Elton. He introduced me (and the rest of the class) to Shakespeare - kicking off with Macbeth, swiftly followed by Othello. I’ll never forget watching the Laurence Olivier version. Would rightly not be allowed or condoned now, but he was magnificent in the lead role!

What career did you have in mind?

Originally I wanted to be an English teacher, but what I really enjoyed was writing so I ended up going to journalism college. Was slightly put off this particular profession when I had to shadow the crime reporter for the Yorkshire Post and was in court when two people were sentenced to life imprisonment for murder! Bit too gritty for my liking. So I took a side step into Public Relations and my career developed from there.

Tell us something you’ve done in your job which you never thought you’d have to do.

I was working in the PR department of a big Leeds agency in the late 1990s and we had a seaside resort as a client. The creative team had come up with a fantastic campaign for the summer season which harked back to the days of the ‘saucy seaside postcard’.

The creative ran through the holiday brochure, billboard posters and even bus sides and made a massive impact. Part of the PR team’s job was to coordinate and attend various holiday exhibitions to promote the resort, including one at the GMEX in Manchester.

Many tourist resorts have mascots and I thought it would be brilliant to turn our main two saucy seaside characters - an overbearing wife and her downtrodden husband - into 3D lifesize costumes.

What I failed to think about at the time was who would actually wear the costumes at the events. Walking through the centre of Manchester in full get up is not my finest career highlight - but thankfully there is no photographic evidence!

Who would you say is an influencer to you from a business perspective?

Tell us a talent that people might not know you have.

I am a qualified Swedish Masseuse 😁 though it’s only my husband who benefits from that particular skill now!

Definitely early bird! I love a morning swim to get the day started. I’m usually in the pool by 6.30am. It’s like meditation for me. I clear my mind and just count the lengths.

Autumn or Spring. Love the colours of Autumn and the newness of Spring.

I am such a lightweight when it comes to alcohol! I do like a G&T or sharing a nice bottle of Argentinian Malbec with my hubby over dinner.

Although I passed my test aged 18 I couldn’t afford a car so didn’t really start driving until two years later when I joined The Butler Group in Headingley. Even though it was only my first proper job (in PR), this was the age of the ostentatious ad agency. It seemed that to get the big clients you had to ‘show’ how good you were by what you had, such as the MD’s chauffeur-driven Bentley. As a result, even as a junior account executive I was given a ‘pool’ car - a white Vauxhall Nova. 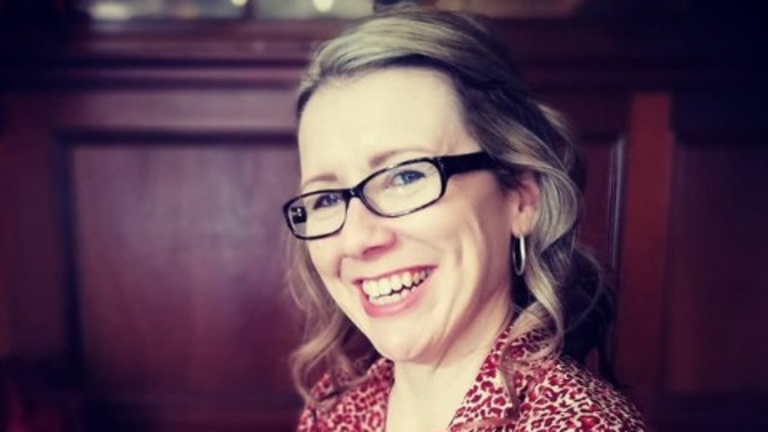 Want to help us deliver a great online experience?

As part of our continued expansion we’re currently looking for a talented and motivated individual to join our web development team, where we’ll be looking to you to write beautiful code across a range of projects of varying complexity.

Meet the new additions to the Applied Digital team

After a busy 2021, when we marked our 22nd year of business, we’re starting the New Year with some fantastic new additions to our team.