Mike is our Creative Director and has known and worked with both Steve and Jenny for more years than any of them want to admit.

Here's what Mike had to say in part two of our meet the team series... (click here to catch up on part one).

A guest house in St Annes. Each morning we were summoned to breakfast by the landlady thrashing a bronze gong and once there, we had a choice of fruit juice, cornflakes or grapefruit starter but, as was the convention back then, you may only choose one of those. Kippers were also on the menu which, against my mum’s best judgement, I convinced her to order for me. I didn’t know it would taste of burnt tyres, I’d never had a kipper before. But I had to eat it.

What shape do you like your balls? (It's a sport question!)

Growing up I loved all ball games. Luckily, behind our row of terrace houses was the ‘back lane’. No wider than an Austin Maxi, it nevertheless served as our own, private Wembley (football) Lords (cricket) and Twickenham (rugby). To get the best from it you either had to have tough knees, or no knees at all.

1981. Geology A level. Mrs Stuart asked us to spend no more than 5 minutes drawing an annotated, thumbnail sketch of a trilobite fossil. As the two hour lesson drew to a close, I was putting the finishing touches to an ink and coloured pencil masterpiece.

Mrs Stuart asked me to stay behind after class and shared the news that I would epically fail the forthcoming exam. She'd also spoken to another teacher who's faith in my geography skills was no less-faded. But, she saw my potential for drawing and suggested I try for a place on our local art college design foundation course. She even found me the name and number to contact. So I did. That’s a proper teacher.

Neither — unless the company is especially good.

Most interesting place you've had lunch?

Windows on the World Restaurant in the World Trade Centre. I vividly recall watching the helicopters buzz about beneath our windows. I was in awe of the experience and I’m still grateful that for a couple of hours I became part of that iconic, tragic New York skyline.

Best brand identity design and why?

The temptation here is to get all haughty and designery and pull out some postmodern, minimalist Swiss-designed logomark from the 60’s in a bid to dazzle you with my staggering breadth of knowledge. And I might, if I had one.

So, popularist as it may be, I love the purity of the Apple logo which is, for me, a truly iconic design. It’s impossible to see this logo and not to inwardly invoke the company name and for a designer, that’s a tough one to pull off.

I worked in-house for a large financial institution and I’d been given my first national conference to design. The evening before the conference itself, nine or ten of the upper stratum gathered for dinner at a very (very) swanky restaurant.

Glaringly, my name had made the guest list. To be fair, it was kind of them to invite me and at just 22 years old I definitely felt the weight of the occasion, especially being surrounded by corporate royalty.

And then came the fish course. I couldn’t even begin to name most of my crustacean line up, let alone tell you how I’d go about eating them— despite being equipped with a bewildering array of specialist hand tools. Up to this point in my life, the most daring I’d got with fish was boil in a bag cod and parsley sauce. The evening had taken an awkward turn.

A few moments later I took awkward to a whole new level. For want of a dining scholarship, I installed a whole king prawn into my mouth — eyes, legs, traily bits and all. But, like the holiday kipper, I ploughed on and, under the incredulous gaze of my superiors, I kept going until the job was done.

I adore curry. And I’ve discovered I can make my own curries, which I cook a lot, so my kitchen now smells like you’d expect it to smell —yet, so very few visitors do.

A 1973 Mini Clubman. It was white and had a fold-back cloth sunroof which, oddly, was the only bit of the car that didn’t leak. I painted the bumpers, wheels and mirrors to match the body work. It was a process known as colour coding and was very popular back then. Done well, you could transform a car’s looks. Done poorly you could make a car look like mine.

Job that you've that's most different to your current role:

Playing in a band. Probably leave it there. 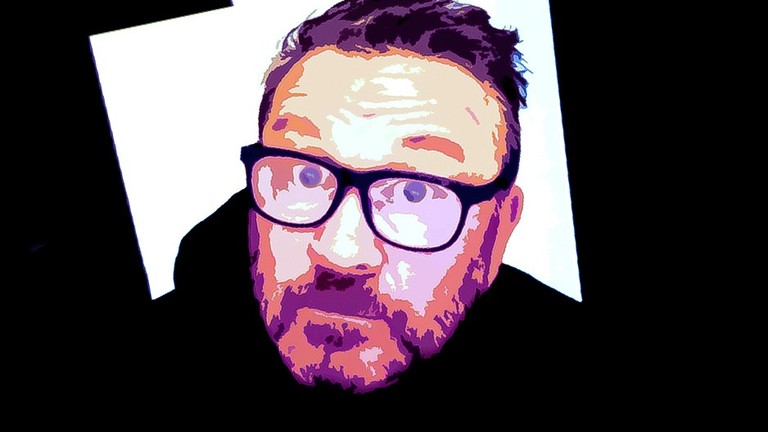 In the final part of our meet the team series, we catch up with Daniel Reilly, our Junior Web Developer. Here's what he had to say...

For part 6 of our meet the team series, we put Luke Jagger, our Front End Developer, through his paces. Here's what he had to say...