Last week Google announced the latest update to nofollow link attributes, and introduced two new attributes to help them identify the nature of links and add context to the content you are linking to. These new attributes are “sponsored” and “ugc.” Here’s what SEOs need to know…

A nofollow tag is used to tell search engines not to count a link to another page as a “vote” in favour of that content (and therefore not to count that link towards the page’s search ranking).

Nofollow tags are often used to prevent search engines from thinking you are involved in link-building schemes they deem to be unacceptable. For example, you may use nofollow tags in sponsored content, to avoid penalties related to paid-for links.

The evolution of rel=”nofollow”

Since its introduction in 2005, Google has not counted any link marked with rel=”nofollow” as a ranking signal.

The update to nofollow will now mean that it’s treated as a ‘hint,’ rather than a complete block, about which links to consider or exclude as ranking factors. In short: nofollow links will no longer be ignored.

The nofollow attribute will continue to work as it does now until March 2020, from then on, it will be treated as a hint.

Two new link attributes have been introduced. These will both also be treated as hints, and are already in effect:

Don’t worry about changing all of your existing nofollow links. Google will continue to honour the attributes already in place. Moving forward, Google prefers the use of “ugc” and “sponsored”, but nofollow will still work as well.

Where appropriate, you can also use more than one attribute per link. For example, if you are linking to sponsored content that appears within user generated content, the link attribute rel=“ugc sponsored” would be valid.

According to Google, there’s no ‘wrong’ way to use the link attributes except in the case of sponsored links (which must use rel=“sponsored” or rel=“nofollow”.)

For more information on the updates to link attributions, you can read the full announcement from Google here.

Or if you’d like to find out how our SEO team can help you navigate Google’s endless stream of updates, start the conversation. 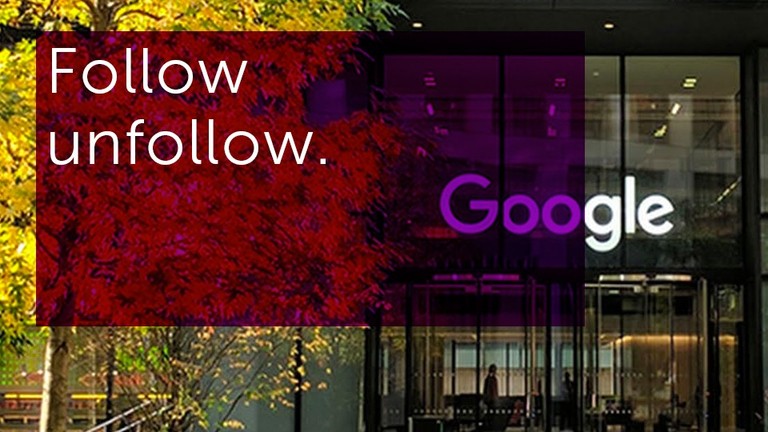 GA4 will replace Google Analytics in 2023

Google UA is dead. Long live GA4! If you own a website and use Google Analytics to measure performance, then this news is huge! New data collection will cease in July 2023 and historical data will disappear after Jan 2024.

Since the launch of iOS15, we need evaluate the email marketing metrics we measure rather than assuming we have a right to all customers behavioural data.